I still remember the exact feeling in my stomach when I watched those planes crash into the Twin Towers on September 11th, 2001. I watched the TV in horror and disbelief as sickening, vicious butterflies gnawed my insides and rose up to close my throat.

Fear. That’s what is was. I felt raw, pure, terrifying fear.

These days, terror attacks have become so common that they often don’t register with us in the same gut-punching way as 9/11. I’ve grown up a bit in these last sixteen years, too. I have been involved in cross-cultural ministry (both in the States and abroad) for eleven years. I teach about resisting hate and loving the unlovely, and I’ve even written a book on reaching out to immigrants.

But just a few weeks ago, when I heard that my friends lived mere blocks from the June 3rd London Bridge attack, I felt a fluttering flashback flood my stomach.

There it was again. The same old fear. 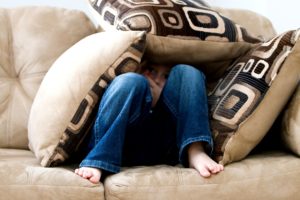 Truth: We will never escape our own humanity as we engage in ministry. We will never rise above the feeling of fear. But we have a Spirit-empowered choice of what to do with fear when it comes knocking—again.

Here are 4 ways we can move beyond fear and continue reaching out to Muslims in the wake of yet another terror attack. I’m seeking to apply them in my own life—will you join me?

1. BEING HONEST ABOUT OUR FEAR

Sometimes we tend to hide our fear because we worry it will make us look like bad Christians. This is ironic, since the Apostle Paul is honest about his own fearfulness: “Pray also for me…that I will fearlessly make known the mystery of the gospel” (Eph 6:19). Why did Paul ask for fearlessness? Because he was feeling fear. Paul knew the way to move beyond fear is not through denial but rather through honesty before others and humility before God.

It is a good and Christian impulse to stay informed on what is going on in the world. The problem comes when we get all our news from major news outlets who know that bad news sells better. Make sure you’re balancing your diet of CNN or Fox with alternative sources of positive news about immigrants. Bad things certainly are happening, but good things are too.

3. FOCUSING ON INDIVIDUALS, NOT GROUPS

Thinking about reaching out to “Muslims” is as intimidating as it is vague. Eating a snack after English class while chatting with Abdi and Faduma and playing with their toddler, on the other hand, is much more doable and much less scary. Let’s ask for Jesus’ eyes to see the Muslim standing before you as an individual created in God’s image and precious to Him regardless of any other identity marker, be it religious, socio-economic, or ethnic.

As mentioned above, living a life surrendered to God does not mean that we will every conquer fear in this life. In fact, if we rarely feel fear in our lives, it may be a sign that we’re due for a trip out of our comfort zones. Think of fear not as a sin but as an opportunity—a warning light that is alerting you that you are moving into territory where you will need to trust God more than you have before. He gives more grace! We are invited to come to the throne room and ask for what we need to replace fear with faith again and again…and again.

Using fear as a springboard, let’s commit ourselves anew to this task of welcoming the stranger, saying with the Psalmist: “When I am afraid, I put my trust in you. In God, whose word I praise—in God I trust and am not afraid. What can mere mortals do to me?” (Ps 56:3-4, emphasis mine).

This article was originally posted at the Zwemer Center for Muslim Studies blog by Jessica Udall.

Jessica Udall is the author of Loving the Stranger: Welcoming Immigrants in the Name of Jesus. She writes about practical ways to serve and befriend immigrants at lovingthestrangerblog.wordpress.com.
See all posts by Jessica Udall