A deliberate war waged against Yemen has killed more than 10,000 people and displaced millions. The situation on the ground is appalling. There have been over 1.2 million suspected cholera cases since April 2017 – one of the worst outbreaks in recent history. Polio, an easily preventable disease and once thought to be eradicated, has re-infected Yemen. A blockade on Yemen puts more than five million children at risk of starving to death. If nothing changes by the end of the year, 10 million people will face the same fate. Already, people are feeding on boiled tree leaves to survive!

What heart can see the images from Yemen and not quiver? Who can hear of the atrocities committed against civilians and not be outraged? Warring factions have their own reasons for fighting, but do not perpetrators of crimes against innocent children lose any justification for whatever they are fighting for (one in five killed is under the age of 18)? More importantly, what should be done about violent autocratic rulers? 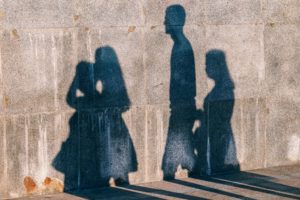 I think this is the attitude that a few people had when they approached Jesus and told him that Pilate had mixed the blood of some Galileans with their sacrifices (Luke 13:1). Pilate, the Roman governor of Judea, committed a barbaric and sacrilegious act by slaughtering what appears to be random people practicing their right to worship. Of course, we cannot be sure of the victims’ innocence, but if leaving them nameless and specifying that they were from the periphery of Palestine may indicate something, it is that they were unimportant and harmless.

All the same, this event had the potential to ignite an uprising against the Romans—if Jesus would only mobilize the crowd of many thousands that had gathered to hear him (Luke 12:1). Here is the chance to avenge the death of the innocent, depose of the tyrannical Roman regime, and end the suffering of the Jews—if Jesus would only claim the role of the Messiah that the people imagined for him.

In the preceding verses, the context is about the Gospel causing division among people, not peace, and the need to recognize that and choose a side. But, which side? If you committed a felony against your adversary and he filed a lawsuit against you, would you try to settle the matter outside the court, or wait for the judge’s sentence? Jesus taught his hearers to follow the same logic when determining which side to choose.

But, what about ruthless Pilate and his accomplices? How could the people negotiate a settlement with such a brutal regime? The people who reported the onslaught against the Galileans possibly wanted Jesus to revolt against Pilate because they could not accept being reconciled to him. They could not remember Pilate without recalling his heinous acts. Like many people suffering under authoritarian rule today, they found it difficult to forgive him.

Jesus’s response is instructive in many of ways. First, Jesus affirms that sin is not an abstraction. Death and suffering in the world, regardless of how they come about, are the result of sin. That is, at the root of all wickedness and wrongdoing is sin. More importantly, this sin is a personal issue. Everybody has been infected by it, and therefore everybody has a responsibility to deal with it. Before judging Pilate and the like of evildoing, each person should repent of his or her sins and plead for God’s mercy. From God’s perspective, it is a hypocrisy to demand the punishment of a sinner – despite how vile the sin is – before receiving absolution for our sins.

Second, when outraged by injustice, we should not be driven to respond by anger but by grace. The motivation behind our actions is important because it determines how far we go and how we go about it. If we are driven by anger and a sense of revenge, our response will be dehumanizing and self-destructive. It will lead to focusing on short-term solutions at exorbitant costs. On the other hand, a response to injustice that is driven by a deep comprehension of our sin and how God forgave us will overflow with love and humility. It will help us not to take injustice personally, but as an offense against God’s kingship.

This leads to the third point. God is sovereign and he will judge injustice in his own time. God’s silence over wrongdoing is not a sign of weakness or apathy, but a reflection of his patience and mercy. Jesus tells the people angered by Pilate’s injustice that God does not immediately chop down the fig tree that does not bear fruit. He gives it a chance to produce fruit, and if it does not, then he will cut it down. Similarly, God gives people more time to repent, but the time will come when all people will be brought to judgement before God. Trusting in God’s sovereignty helps us endure injustice.

But a troubling question still lurks in the background: what about modern-day Pilates? How should we respond to violent politicians after we realize our sin, repent from it, and trust God’s sovereignty? Or is Jesus insinuating that we should refrain from political activism?

Following his arrest in the Garden of Gethsemane, Jesus was brought before Pilate for questioning. On several occasions, Pilate reasons with Jesus and he tries to exonerate him from the accusations of the Jews. Strangely, Pilate was reluctant to execute Jesus. Indeed, Pilate believed that Jesus was innocent, but why would a man who has a reputation for cruelty and continual murders stumble to issue one more death sentence?

Jesus’ words to Pilate caused him to pause and examine the situation carefully. I think we can learn lessons from their exchange about how to deal with the Pilates in our world. First, Jesus did not try to discredit Pilate’s authority or delegitimize his rule. In fact, he affirmed them, but not without placing them in their proper place. Jesus said to Pilate, “You would have no power over me if it were not given to you from above” (John 19:11). We should never forget that God is sovereign over the whole earth. We may find it perplexing, but despots are in power by permission from God.

Second, this does not mean that we should turn a blind eye to their aggression. On the contrary, we should hold all leaders accountable. Few people would disagree with that, but the Christian approach is different. Jesus said to Pilate, “My kingdom is not of this world. If it were, my servants would fight to prevent my arrest by the Jewish leaders. But now my kingdom is from another place” (John 18:36). While people are generally predisposed to use any means necessary, including violence, to have their political way, it is not so with followers of Jesus. Disciples of Jesus are governed by a heavenly Kingdom, and that should be reflected through their political activity on earth. Christians superimpose a heavenly order on the earthly one. The misalignment causes suffering, but it ought to be endured until the heavenly eventually prevails upon Jesus’ return.

Third, this is not a call to passivity or escapism, but a call to humble confrontation. When Pilate exclaimed that Jesus was king, Jesus said, “You say that I am a king. In fact, the reason I was born and came into the world is to testify to the truth” (John 18:37). It is fascinating that when Jesus summarizes the purpose of his incarnation in one sentence, he speaks those words in the ears of the highest political authority he could come across. This underscores the importance of witnessing to the truth as the motto of every Christian, not least in political affairs. Jesus is the truth. Proclaiming the truth of the Gospel in every situation and to every person should drive our political activism.

Finally, this comes at a cost. People love darkness rather than light because their deeds are evil and they do not want the truth to expose them. Despite his innocence and the nobility of his mission, Jesus was punished with the most excruciating death. Testifying to the truth will not always lead to death, but those who take on that call, especially in violent contexts, must be ready to pay that price. The Good News is that Jesus did not stay dead, and so it will be for those who die for the Truth, they will be resurrected with the Truth.